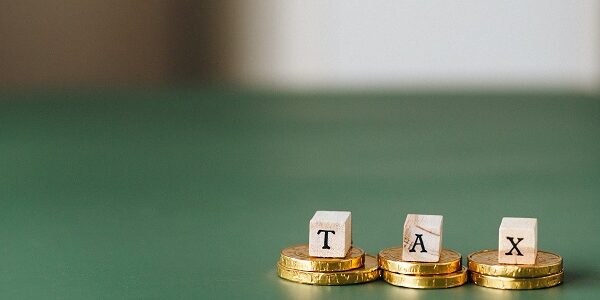 The court held that FIRS lacks the power to impose and collect taxes not mentioned in items 58 and 59 of part I of the Second Schedule of the 1999 Constitution (as amended) and that the states constitutionally have the powers to do so. Following this decision, the Rivers State government immediately enacted the Rivers State Value Added Tax Law.

This was followed by Lagos state, which also enacted its own state VAT law.  Since then, a lot more state governments in Nigeria have followed suit and either enacted their own state VAT laws or indicated a readiness to do so. Some other State Governments have on the other hand, backed the idea that the FIRS should be the agency with the responsibility of collecting VAT in all the states.

With no end in sight to this, it now appears that the Nigerian taxpayers are in the middle of what is clearly an un-ending VAT turf war between the Federal and State governments.

Origin of the VAT Tug of War

Nigeria operates a federal system of government made up of 36 states and a Federal Capital Territory situated in Abuja. The Constitution of Nigeria sets out some items that are on the exclusive legislative list: items over which the Federal Government only has powers to legislate upon, whilst some are on the concurrent list, meaning that either the States or Federal Government can make law in that regard.

Section 7 of the Value Added Tax Act 1993[iii] empowers the FIRS (a federal agency) to collect VAT in Nigeria. As a result, the FIRS has been collecting VAT on behalf of the (Federal Government), which is then paid into the federation account and distributed to the state governments using the federation sharing formula.

Obviously disappointed with this judgement, which would mean a big dip in the revenue of the Federal Government, the Federal Government appealed to the Court of Appeal (CA) with an application for a stay of execution. The CA has ordered that the parties should maintain status quo(the position prior to the initial judgment at the FHC) pending the determination of the appeal.

The Rivers State Government has filed an appeal at the Supreme Court challenging the order of the CA which requires the parties to maintain the status quo. The Supreme Court is yet to hear that application or make an order on it.

The Lagos State Government has on the other hand applied to the Court of Appeal to be joined as a party to the proceedings. Prior to applying to be joined to the suit, Lagos State has maintained that it will carry on with the collection of VAT since it is not a party to the suit and thus not bound by the decision of the Court of Appeal ordering the parties to maintain status quo.

In the meantime, businesses as collection agents, are now caught in the middle of the VAT conundrum as they are unsure who to remit the VAT so far collected to.

The Fate of Taxpayers

This is no doubt a very confusing time for businesses which according to the VAT laws, act as collection agents on behalf of the government and are required to file and remit VAT returns on a monthly basis. Businesses have to be careful with respect to making decisions about whether or not to remit VAT to either FIRS or state tax authorities.

Making tax remittance to either FIRS or state tax authorities could be further complicated for businesses, depending on how the judgment of the CA and ultimately the Supreme Court goes.

If VAT is remitted to the FIRS and the State Governments are later successful in the litigation, the State Governments are likely going to issue demands to businesses, thus leading to a situation where businesses will potentially be filing and remitting twice for the same VAT. If no VAT is remitted, then the businesses are of course in breach of the VAT laws that require returns and remittance on a monthly basis. The likely consequence is that the taxpayers could be faced with a situation where they receive simultaneous tax remittance notices from both FIRS and state tax authorities. It appears that business are damned if they pay and damned if they don’t pay.

As the crisis persists, what can businesses do to avoid being caught in what is clearly a case of two elephants fighting. The organised private sector should in our view form pressure groups, engage the State and Federal Governments to give some form of comfort to businesses pending the determination of the matters pending in court.

Trade Associations and professional bodies could make applications to be joined as interested parties to the pending court cases, that way any decision made by the court becomes binding on them and that decision could be used as a defence to any tax authority be it state of federal that issues a tax demand. In order to anticipate any demand for back pay, businesses could come together for example through their various bodies and make applications to the court to enable them open separate interest yielding accounts, where VAT so far collected could be warehoused, pending the determination of the court cases.

The recent decision of the FHC which declared the collection of VAT by the FIRS as unconstitutional has been welcome by some experts as a first step toward achieving true fiscal federalism in Nigeria. However this has created a conundrum for businesses that act as collection agents on behalf of the government. Litigation in Nigeria takes years to conclude and this confusion might well take some time to conclude through the court. Businesses need to be very creative in the manner in which they try to navigate this conundrum as it appears that neither the State nor Federal Governments are prepared to shift ground.  Businesses have to be very careful before making any decision whether to remit VAT to the State or Federal Government.

Please note that the contents of this Article are for general guidance on the Subject Matter. It is NOT legal advice. For further information or to see our other service offerings, please visit www.goldsmithsllp.com or contact us.

An Overview of the Central Bank of Nigeria Exposure Draft Guidelines on Contactless Payments in Nigeria
November 10, 2022

An Overview of the Central Bank of Nigeria Exposure Draft Guidelines for the Regulation of Representative Offices of Foreign Banks in Nigeria
October 24, 2022

Overview of the Central Bank of Nigeria (CBN) Guidelines for the Regulation and Supervision of Credit Guarantee Companies in Nigeria
September 2, 2022